Liquid fuel is delivered to vehicles either through a self-contained pump or through a dispenser. These days, the term is used indistinctly but the two are very different devices. While no differences are detectable at first glance as to whether a pump or dispenser is delivering the fuel, fundamental differences exist in which each operates.

A self-contained pump in a gas station accesses the liquid fuel from the underground tank through a suction line. When a self-contained pump is operated, the fuel pump causes fuel to be suctioned from the underground tank to that particular pump only. If more than one fuel product is available in the same cabinet, each product will have its own pump within the cabinet, and its own suction lines from the cabinet running to the underground tank. This system is characteristic of older gas stations and is no longer used in modern installations, where dispensers are used instead. 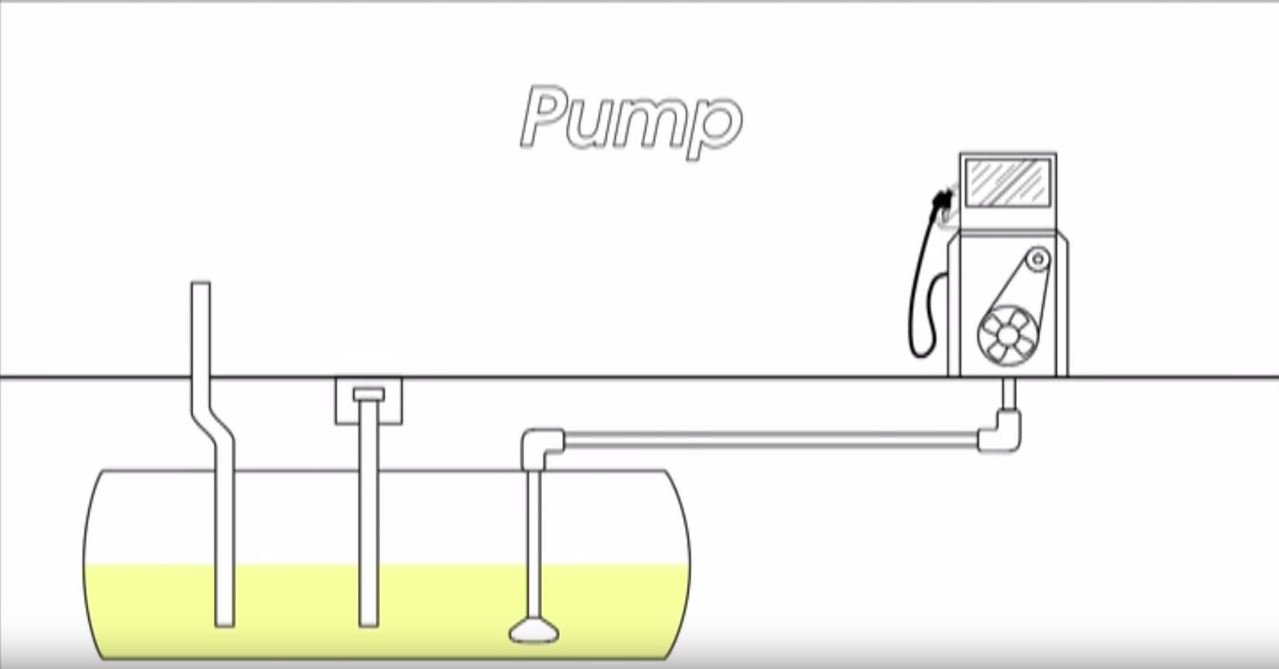 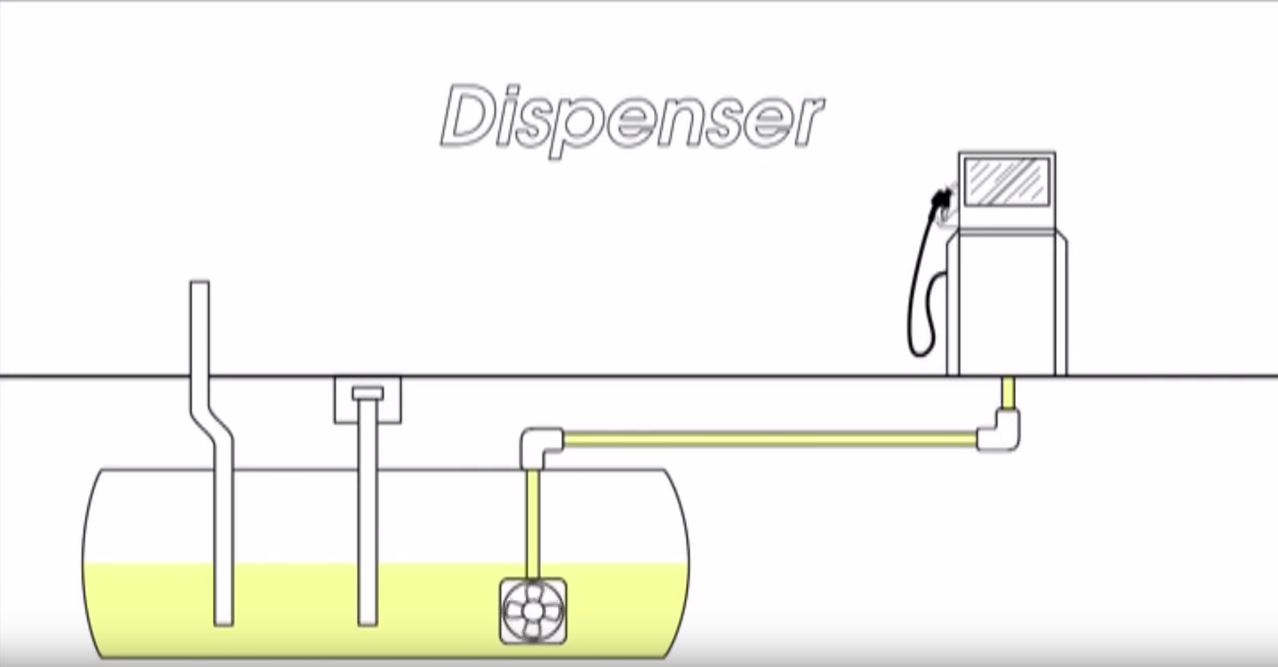